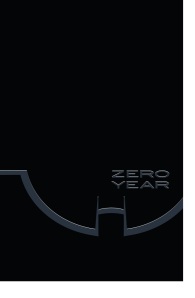 Personally, Zero Year is EXACTLY what I wanted from the New 52. It’s clear, concise and the continuity is seamless. Take last week, for example: a superstorm threatens Gotham and Metropolis, and our heroes in both towns are being molded by this force of nature, one internal and external crisis at a time. If you want the inward reflection I highly recommend last week’s ACTION annual as Clark tries to wrestle a storm. The outward forces shaping came in the form of DETECTIVE where we see a young(ish) Jim Gordon dealing with corruption in the GCPD as the storm and Gotham’s blackout rages on.

There’s nothing big or bombastic like Parademons. It’s giving us time to get to know the characters – an osmosis of change instead of a slap to the face. It allows old continuity to carry over organically, in an explained fashion. Zero Year is my start of the New 52, even if historians end up disagreeing. I also think it’s a salvation for any fans who felt shunned post-FLASHPOINT. I’ve talked with a lot of fans, I’ve heard a lot of grievances about the “youth”anizing of our heroes, I’ve heard (and agreed with) the confusion caused by the 5 years before in some titles and the present in others. Zero Year is the fix, folks. Please come back–the universe is far more welcoming right now.

The last arc of BATMAN introduced us to a pre-faceless Joker. Now, the Riddler is the focal point, but at the same time isn’t. As much as he is the overarching villain causing the blackout in Gotham, sending Batman on a goose chase of epic proportions, other forces seep into play to provide nice vignettes against the grander threat.

Our two new introductions come in the form of one Pamela Isley, a young botanist intern who is on the crime scene when some scientists are force-fed bone growth serum that turns them into marrow trees. Fangeezers can guess where this is going, but the mystery for noobs is firmly in place until Isley gets her foliage on.

The other threat is a resurrected Golden Age baddie by the name of Dr. Death. He’s made a few appearances in the new 52, but they have been few and far between. They’ve also never been this gruesome and in your face. The thing I liked best about this character is an origin shrouded in book-end mystery. The book opens with a flashback of a unit in some desert shithole uncovering a trap door. Flash forward to Gotham, the blackout, Isley bones and a turncoat Lucius Fox possessed by death. Then we flash back to the desert shitscape with a Humvee simply driving away from the mysterious hole.

A grand story driven by smaller beats has been missing from this universe for too long. As much as I enjoyed “Court of Owls”, I’ve been reading comics for 30 years. My brain could fill in holes or back story to make the proceedings come alive in a way a new reader couldn’t.

Before I walk away, two more things. Capullo did yet another amazing job on the art duties. He truly gave the piece a differing tonality between the bookends and main storyline. Snyder also did a great job coordinating the events of last week’s DETECTIVE COMICS #25 for synergy with the man who is Jim Gordon. While cynics will say DETECTIVE was just the origin of the bat signal, there are subtler beats redefining Gordon as a person.

With wafts of Frank Miller’s DARK KNIGHT RETURNS, I’m far more intrigued by this latest BATMAN “Zero Year” arc than I was the last one–and I loved the last one.