April 12, 2013, Washington D.C. – In the wake of the recent violent gun sprees like in Newtown, Connecticut, legislatures have worked moderately diligently to address the issue of gun control in America. With no resolution in sight, the Obama administration today released their 1 point plan to solve this growing threat. “Let’s face it,” said the President after greeting reporters, “Guns do not kill people. It’s the ability people have to shoot guns is what kills people.” “This is why I’m going to ask both houses to offer their support for No Finger Left Unbound (NFLU).”

Under NFLU all American children’s fingers will be constrained by the ancient Chinese secret of fingercuffs. “Let’s look to China, because we look to them for everything else,” Obama stated with an air of pride. “They do not have school shootings. Why is this? Fingercuffs. It makes perfect sense; if you can’t use your fingers you can’t shoot a gun.”

Anderson Cooper of CNN lisped, “But what about toes or the tongue Mr. President? Surely, one could hold a gun by collapsing their palms together and then assuming they have had enough yoga training use their toes. And the morbidly obese, assuming they don’t have T-Rex arms could get the gun to their face and use their tongue to fire the gun.” The President simply gave a wry smile and replied, “you’re gay, you’ve never fired a gun. Shut up!”

In a show of bipartisan good-will, Speaker John Boehner joined the President to herald this 1 point plan of excellence. “It’s refreshing to see Democrats finally understand the value of automatic weapons for recreational hunting and showpieces when company comes over,” Boehner beamed from the podium. “After all it’s not like the guns wake up one day and decide to go on a killing spree. Same with nuclear weapons, we don’t need to cut back on the bombs themselves, we merely need to inhibit anyone’s ability to ever use them. It just makes sense people.”

Secretary of Commerce, Jon Bryson, unveiled how we will get fingercuffs in the hands of all Americans. “I’m thrilled for the fingercuff boon to our economy; we’ve been looking for a profitable manufacturing idea and have come up bubkiss.” Bryson stated. “Just as in World War II, I am sending a clarion call to manufacturers to halt all production on cereal and beef jerky, I want every manufacturer to retrofit for fingercuffs.” The President then leaned over and whispered in the secretary’s ear. After a few seconds the secretary then turned back to reporters, “Never mind I was just told the Chinese underbid us, so we’ll be importing all fingercuffs. However, I am pleased to say the United Postal Service will continue Saturday deliveries to distribute all fingercuffs to American ho…” Again the President leaned over to the Secretary. Crestfallen the Secretary sobbed “Never mind, Fed Ex found a way to do it cheaper.”

Educators Show Concern – Obama Tells Them to Sit On It 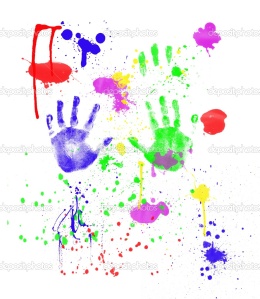 Lobbyists from the educational foundation Super People Educate Daily (SPED) expressed deep concern for this plan at the press conference. “What about finger painting? The American remedial education system is founded on finger painting,” said SPED grand poobah, Harriet Mankowitz Schwartaman.  The President replied with what is being called the most bold statement of his entire tenure, “finger painting sucks, if your child only has finger painting as a skill we may trade them to China for more fingercuffs.”

Another argument that the recent killings were not perpetrated by a child, but rather an adult, was also thwarted by the President. “Look, this isn’t a quick fix, it’s generational. If we gave kids fingercuffs instead of big wheels back in the 70’s and made them promise, and I mean really really promise not to kill anyone when they turned 18, the entire tragedy would have been diverted.”

By current estimates Americans will start receiving their first fingercuffs in the mail on January 1, 2018.