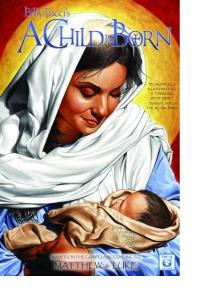 I’m rolling out my coverage of Wizard World Philadelphia 2013 a little differently this year. I’ve learned through hit reports of past con coverage there’s little interest in a drunken middle-aged man’s recounting of the proceedings. I’m not a starfucker, nor do I buy a lot of collectibles – I’m go for comics damn it. Since the Big 2 have been nonexistent entities the past few years, indie comics are what consumes a third of the cavernous Philadelphia Convention floor space. And that is what I choose to cover.

I also didn’t force myself on anyone this year. In the past I would introduce myself as Optimous from Ain’t It Cool. If people hadn’t heard of the site I would try to impress upon them the importance of coverage at the very least from a search engine optimization perspective.  This year, if they didn’t hear or didn’t care about coverage, I congratulated them on their project and moved along. Billy Tucci was not one of those guys.

Most know Tucci from his work on SHI or WITCHBLADE, along with quite a few projects for the Big 2. Most however, have no clue where Billy’s true “passion” lies. A few years ago Billy became a founding partner of Apostle Arts to help transform the way too text heavy (my words) Bible into graphic novel format. Yes, illustrated versions of Bible have been around forever, but this is the first time I know of where dialog has been introduced to take it away from a completely narrative based experience. A CHILD IS BORN is also a damn sight exceptionally more gorgeous than those other hackneyed takes on “illustrations.” Tucci carefully and beautifully crafts from first star sighting to the beginnings of Jesus’ missing years. From stable to Pyramid, each image is insanely detailed, lush if you will.

Being a staunch agnostic, one would think Billy and I would have come to blows on the showroom floor. However, neither of us is pushy in our beliefs. When I asked Billy why this book, he quite simply said “Because I wanted to.” And that was really the most pure and simple answer I could ask for. Just because I view the Bible as stories that were needed to keep society in line instead of a divine voice put on paper, does not mean I, nor anyone should fault Billy and a few billion for thinking otherwise…and vice-versa. It’s amazing though, that when a project comes from the heart it doesn’t matter if your ideological lines diverge, the respect of the comic medium and the power of stories will transcend all. Plus Billy chronicles the how’s and why’s behind tackling this tale in the back of the book. There’s also a fun little piece in Bible Code vain about the Star of the North’s astrological significance.

For anyone that doesn’t know the story, spoiler alert, Jesus is the Son of God. There’s Wise Men that deliver him awesome gifts, Joseph marries Mary instead of stoning her, and everyone lives happily ever…waaaa…well not so…OK, this is uncomfortable. We all know Jesus’ ultimate fate, but what we forget is that he really had 99 problems from the get go.

Billy had books to sell and fans to greet so I didn’t want to take up too much of his time. However, I am curious whether his graphic telling of the Bible will continue. I’ve read the whole Bible, as well as parts of the Koran and even the Book of Mormon. I can’t help it. I like the stories. Plus, I feel those that don’t try to see the other side, end up seeing nothing at all. If you just take out the archaic hygiene lessons about only using shellfish to pelt adulteresses what you are left with are good rules to live by told with soap opera levels of drama. Basically, Billy you have at least one person who would buy a series.

Believe, don’t believe, whatever. You should still know the Bible if for no other reason than not looking like a jackass when you try to claim something as original and it was written 4 millennia ago. Oh, and it’s the entire foundation of our culture…just saying. If you’ve been averse to traversing the tales from long ago because of the copious thees, thous and I ams, give A CHILD IS BORN a shot. Also give Billy a shout out to keep this easy imbibing of the Bible going.