My question is on the writing of the Superfriends cartoon from the 70s. If the writers really considered the intelligence of their audience, is it safe to say that they thought kids were fucking idiots?

Kids are fucking idiots, so the writing on Superfriends is proportionately appropriate to their intelligence. Also kids in the 70s and early 80s had on average a lower cranial circumference than kids of today so the writing had to be appropriately less erudite than smart kid shows like Barney and TeleTubbies.

Honestly, if Gen X and Y hopes to have jobs in ten years we should hit as many college students and young twenty year olds as we can with our cars.

After all, it’s what the Wonder Twins would want us to do.

Great question Paul,
Actually teabagging was outlawed in England in the early 1970’s. During the free spirited 60’s teabagging became quite popular, but shortly thereafter the chancellor of babychequers noticed a dramatic drop in birth rate.

Because black magic is used instead of actual dentistry in England, the serrated knives in their mouths they call teeth were causing puncture wounds to millions of nutsacks, which in turn lowered sperm count on anywhere but the carpet.

Fortunately British scientists are working right now to correct the issue, investing millions of dollars in hopes they will invent floss.

Teabagging will return and I have no doubt that it will be granted first to royalty before the dirty serfdom is allowed to have a waft of sweet sweet bagging.

Dear Rob,
Why come no tattoo? 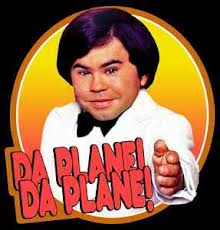 I’m not quite sure what you’re asking here Linh. Why I haven’t come with Tattoo? Well he’s been dead for many years. However, prior to Herve Villechaize’s death I was his pool boy and we came many times. In our quieter moments when he would sit on my lap I would tickle him and call him my little tripod.

If you were wondering if I have tattoos, then yes I have three. However, since you couldn’t ask the question properly I am going to email you a photo of the two that adorn my junk as penance.