Dear Rob,
Why do birds suddenly appear every time you are near? 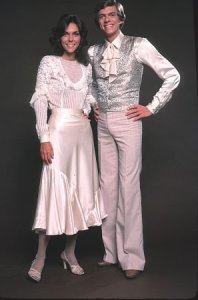 It was Karen’s life bearing time of the month and the house was overrun with fucking birds since she wouldn’t eat a damn samich. Birds being descended from dinosaurs, despise mammal ovulation and feel the need to eradicate all traces of it from the earth.

Hitchcock actually used this trick filming The Birds, only filming Tippi Hedron when she was bearing that special glow.

Dear Rob,
The chicken or the egg? No seriously.

Great question Eric,
This conundrum has plagued philosophers and chicken fuckers for thousands of years. Fortunately for you, you ASKED ROB.

After seconds of exhaustive research I have concluded that the Chicken did indeed come first. Chickens were Buick size hermaphrodites until they were captured by man and cross bred with anyone from West Virginia.

During the hermie years, chickens would bang themselves silly until an egg popped out. It wasn’t until the year 1982 did we see the arise of a rooster egg and a chicken egg. The first few rooster eggs were brown and thus crushed by the rampant racism of the time period. Once allowed to live, chicken genders split and the hermaphrodite chicken became extinct.

My neighbor made the observation yesterday that the bushes that separate our properties are becoming overgrown, and as I have traditionally been the one who trims them, could I do so again before the start of fall? I replied by binding a priest in iron chains, throwing him into a river, and burning a church. Do I still have to trim the hedges?

Neighbors who make observations are the worst kind of neighbors to have. I recommend inviting your neighbor over for weekly drinks. Each time place a small amount of soap in both sets of drinks. Soap poisoning is the fastest way to induce blindness in someone. Once they can’t see it doesn’t matter how big the shrubbery gets, they won’t notice it though.

You place it in both drinks in case your neighbor has any Sicilian blood. Sicilians are extremely smart and crafty people prone to switch drinks when you look away. Of course you will have to build a soap immunity before you have your first get together.

If you don’t want to take this approach, you should never trim hedges right before the start of fall because they are in preparation for the winter solstice, you will anger the snow meiser and many wood elves if you do this.

I don’t recommend the bound priest approach, this will cause the shrubbery to flourish more and grow in a cross formation. REMOVE THE PRIEST immediately, you can use him as a decorative table center piece for labor day.

One thought on “Dear Rob Advice – The Carpenters, Chicken or Egg & Shrubbery”