Dear Rob,
If Popeye needed spinach to find his strength, how did he manage to squeeze out the leafy goodness from the vacuum sealed can prior to eating it? With his bare hand no less!

Great question Steve,
Popeye’s pre-spinach strength was a direct result of testing done by the Navy on sailors in WWII. Each sailor was given a heavy dosage of LSD and then injected with the sweat from the small of Eleanor Roosevelt’s back.

Many don’t know this, but the only reason FDR could ever stand at a podium was from drinking gallon’s of this sweat minutes before getting on stage. Fortunately Eleanor sweat like a Taiwanese hooker, but in times of great peril to help FDR and our forces she would be locked inside Mary Todd Lincoln’s panic room in the basement of the White House.

Essentially the spinach was a placebo.

Dear Rob,
Why do we, as a society, believe that chicken isn’t worth eating unless it’s fried?

Great question Todd,
While I personally don’t eat chicken or any animal that doesn’t live in the ocean I was once entranced by the allure of fried chicken in hopes it would increase my penis size.

Penis size is why everyone wants to eat fried chicken. 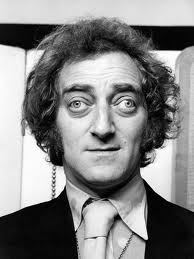 Dear Rob,
If Marty Feldman crossed his eyes, would they have looked normal?

Great question Dave,
Marty Feldman’s eyes would indeed not have looked normal if he crossed them. His eyes merely would have burrowed deeper into his naval cavity until all he would see is his septum.

For all you kids that don’t know Marty Feldman was an actor back when they were allowed to still be ugly. It was before HD. See Young Frankenstein for reference.